You are probably looking at this page because you’re excited about Godzilla: King of the Monsters. Aren’t we all?

We’ve previously covered Godzilla’s Greatest Enemies, and we’ve taken a stroll through the Film History of Godzilla, so now it’s time for us to find out which ten Godzilla monster movies reign supreme with fans and critics alike.

Let’s see if any of your favorite Godzilla films make the list- Long live the King! 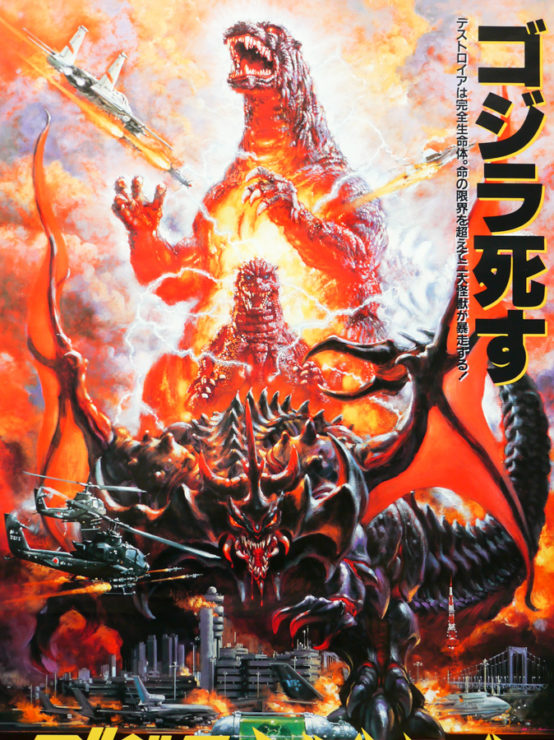 Released in 1995, Godzilla vs Destoroyah featured the second time in history that our favorite monster actually died. Interestingly, he fought against a monster-fied version of his oldest film nemesis, the Oxygen Destroyer, though in this film he passed away for a totally different reason than before. To win this fight, Godzilla had absorbed massive amounts of nuclear energy, to a point where had a critical melt down and nearly destroyed the world.

Godzilla and his recently mutated son were pitted against Destoroyah, a conglomerate of xenomorph-like creatures (complete with inner jaw) that could merge into a giant beast with multiple forms. Their battle was dangerous and not without its losses.

Godzilla fought against Destoroyah in one of the most vicious of all kaiju fights, since the evil being had just killed Godzilla Jr., and they had a score to settle. After winning the fight, chemical weapons were used to freeze Godzilla and minimize the destruction from his fatal meltdown.

The film features great special effects, including loads of monster blood and a fiery looking Godzilla. Legendary composer Akira Ifukube also returned to score the movie, and his new pieces were just as hauntingly emotional as those of the original. 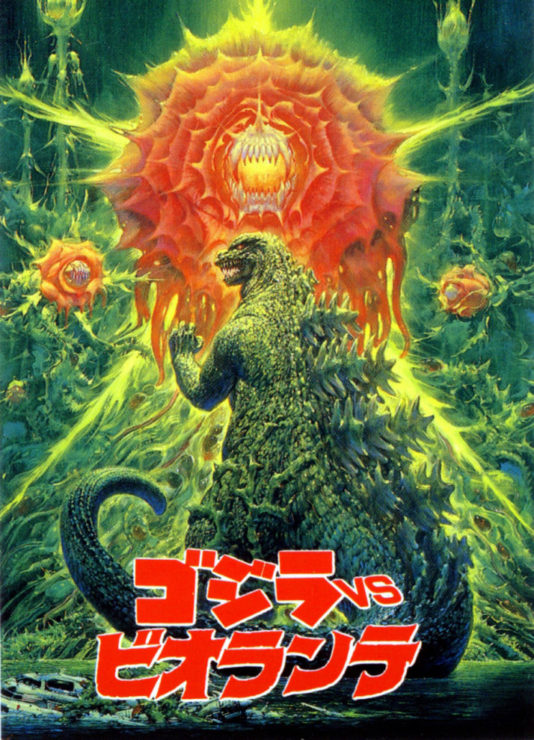 Godzilla vs. Biollante may be the most unique of all the films thanks to its spy-thriller subplot and high-tech themes. Gunfights, international espionage, and rock music were abundant, putting a decidedly 80’s feel to it.

Godzilla was pitted against Biollante, a genetic nightmare of Godzilla, human, and rose cells. It may be the most emotional monster of all, as it’s essentially possessed by the spirit of its creator’s young daughter.

The special effects alone merit this film a viewing by any monster movie fans. Godzilla’s mechanical head and Biollante’s tentacle puppetry have simply never been matched by any other Japanese kaiju film, and it’s all very convincing to the eye. 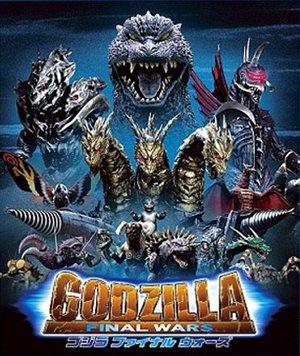 Godzilla: Final Wars was like a greatest hits album. Most of the monsters from the Showa Era were pitted against Godzilla in a royal smackdown, and it’s satisfying to watch him defeat them all so easily (with the exception of Keizer Ghidorah, of course).

Aliens called the Xilians take control of Earth’s monsters in an invasion attempt, and Godzilla is the only obstacle in their way. The film also featured a subplot involving mutant humans, which put on fights just as spectacular as the monster brawls.

One scene in particular features two mutants fighting atop motorcycles, and it really gets the blood pumping. 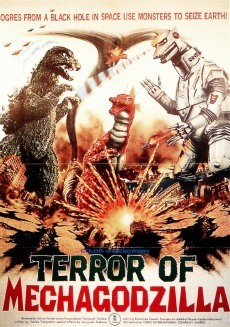 Terror of Mechagodzilla was the last Godzilla film directed by the original director, Ishiro Honda.

Simians from the Third Planet of the Black Hole resurrect their greatest robotic creation, Mecha-G, to destroy the world. The machine is helped by an ancient dinosaur called Titanosaurus, who is controlled by a cybernetic and telekinetic woman named Katsura. The cyborg and her father have a seething hatred for humanity, and they happily join the Simians in their conquest of the world.

The film showcases very violent fights, the monster designs are fantastic, and the themes are much darker than the other 70’s Goji films. 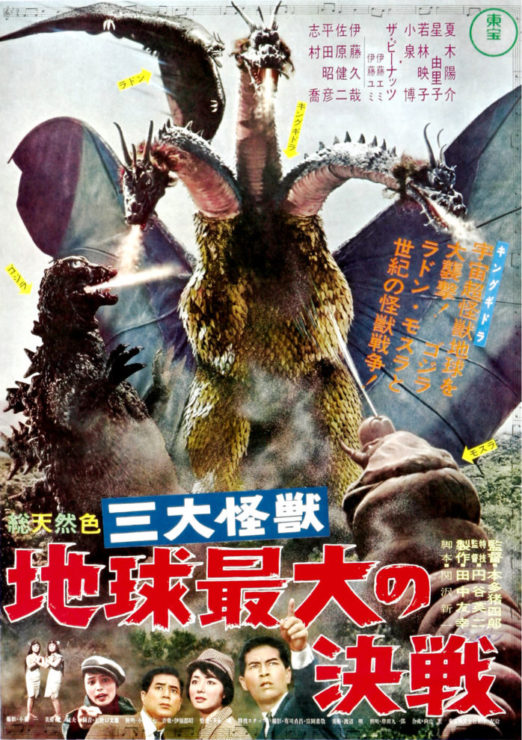 Ghidorah’s first film was a turning point for the kaiju franchise. Three monsters who had been in their own standalone films – Godzilla, Mothra, and Rodan – joined forces to defeat a three-headed nemesis that had already swept a wave of carnage throughout the galaxy.

The monster team-up was delightfully humorous, and the monsters actually argued with each other, translated by Mothra’s Fairies for us humans. This was also the first film with Godzilla as a hero rather than a villain, a trend that would continue until 1985’s The Return of Godzilla.

In some way, the upcoming King of the Monsters film from Legendary Pictures could be seen as a remake of this 1964 treasure, but only because it features the same monster lineup. Everything else about it looks completely different. 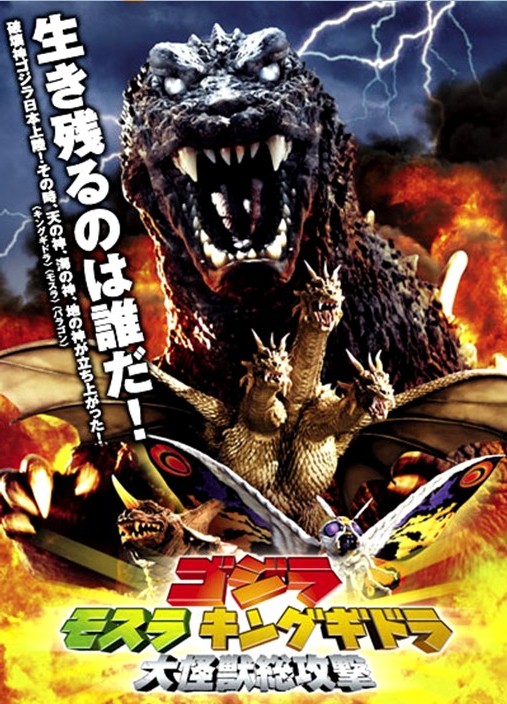 GMK was released in 2001. Directed by Shusuke Kaneko of Heisei Gamera fame, it featured a mystical plot that made it more like a fairy tale than a traditional monster film.

Godzilla, possessed by the souls of war victims, is absolutely eerie in this outing. His eyes are pure white, his teeth are longer than ever, and every frame he’s featured in exudes the presence of an ancient evil. He is so powerful in this movie that he defeats Baragon, Mothra, and even King Ghidorah with relative ease. 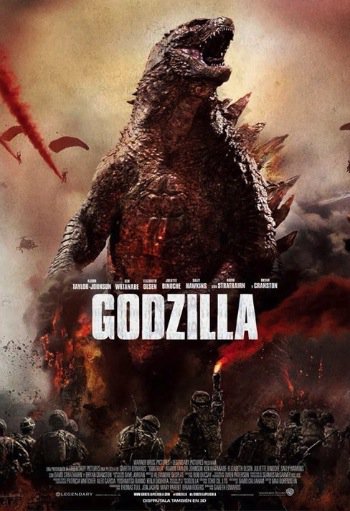 Finally, America did it right – a Godzilla that didn’t eat fish, didn’t get killed by the military, and actually sported an atomic breath. Gareth Edward’s Godzilla totally blew Roland Emmerich’s 1998 attempt out of the water, and it warranted enough praise for the formation of the MonsterVerse franchise.

Portrayed with motion-capture, this version of our King was a sight to behold. An expressive face, powerful limbs, and relentless attitude make this one the most convincing of all the monsters, special effects-wise. The film is executed with excellent pacing, with a slow build towards Godzilla’s magnificent emergence. 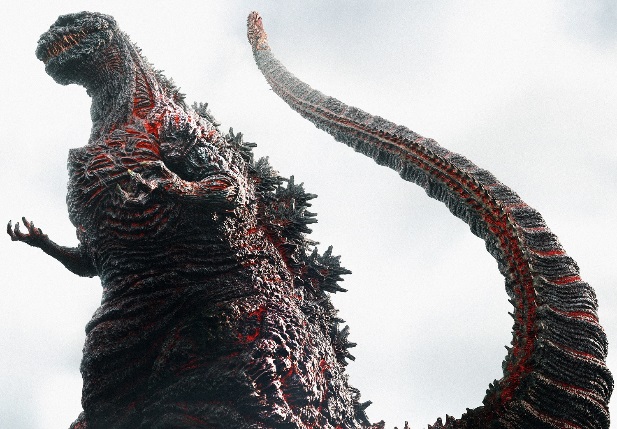 Shin Godzilla was… different. As Japan’s response to America’s 2014 effort, it was made as a total reboot, disregarding even the original Godzilla film.

The beast is more terrifying than ever. Constantly evolving, he drips radioactive blood all over the place, and his dead eyes and malicious maw are pure nightmare fuel.

Shin Godzilla was hailed as a masterpiece upon its release. For once, the humans’ tactical response to a gigantic creature was believable, and the younger generation of scientists and politicians created solutions much better than those of the older bureaucracy. 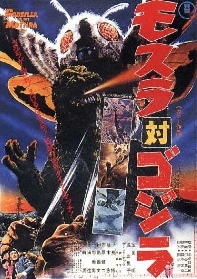 Though 1954’s Gojira is often cited as the best monster movie of all time, the same is also said of 1964’s Mothra vs. Godzilla.

It features a delightful story in which reporters try to win over the Shobijin Fairies in order to enlist Mothra as a defense against Godzilla.The Fairies are disheartened about the human race – after all, their island was decimated by nuclear tests, and they were captured twice before to be used as entertainment for the masses. Even so, they relent to their better nature and ask their winged goddess for help.

The human scenes are surprisingly entertaining for a monster movie, and the monster action is even more so. Mothra nearly defeats Godzilla before succumbing to old age, but her two baby caterpillars manage to finish the job in the underdog fight of the century. 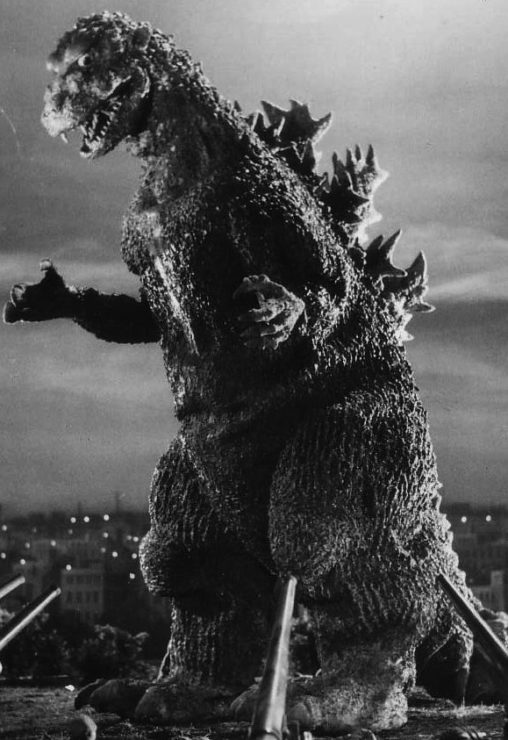 Gojira is thought by virtually every sci-fi fan to be a timeless classic. It was the one that started it all, completely changing the way monsters are portrayed in cinema. Human suffering is put on full display throughout the film, and Godzilla’s destructive power is a haunting metaphor for the carnage humanity is capable of.

The plot is simple – nuclear weapons resurrect a prehistoric god of destruction, and the world lay prostrate at the monster’s feet. There is just one possibility for salvation – Dr. Serizawa’s Oxygen Destroyer, a weapon that could be just as dangerous to the world as an atomic bomb.

A melancholy love triangle ends up saving the world as Emiko Yamane, Serizawa’s arranged fiancee, convinces the scientist to use the weapon he so fears. Serizawa really has it bad – he has guilt and fear from the creation of a super weapon, and then here comes Emiko and her new lover asking him to use his deadly doomsday device.

In order to prevent the Oxygen Destroyer from falling into the wrong hands, Serizawa sacrifices himself by allowing the weapon to disintegrate him along with Godzilla in the watery grave of Tokyo Bay.

Gojira is not a simple monster movie. It’s a work of art complete with tragic drama and scenes of suffering that put it on par with dread-inducing horror films.

What are your favorite Godzilla movies? Let us know in the comments,